"10.000 anos depois entre Venus e Marte" is the best of the few prog albums by this prolific Portuguese artist, composer, singer and (especially here) keyboardist. The title track of this SF concept fully represents the core ideas of the whole work. A Mellotron plays an up tempo progression, then other instruments join it and the track gets more and more epic, sort of a space opera. The sung section (in Portuguese) offers a relaxing bridge, soon replaced by another José Cid's show. 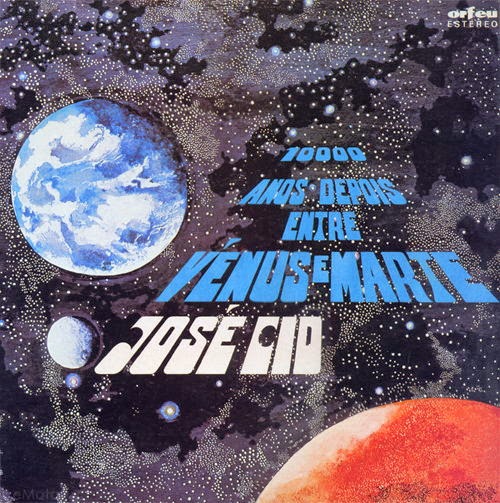 José Cid explored the prog rock planet between 1977 and 1978.
All the vitues and the vices of such keyboard-driven projects are there, but the clever succession of progressions and largos, some unpredictable changes and - most of all - the solid melody on which this spacey castle was build up surely rivet the listener's attention. Each sound has its own colour, each passage is like an opened curtain leading on the prog dimension. So '70s, so vintage, still... so good.
Pubblicato da Domenico D'Alessandro a 17:14