The Trip were one of the most interesting Italian prog bands back in the Golden era of our favourite genre. And they re-united in 2010, so they still tour worldwide. Their 1972 album "Atlantide" was, of course, about the mythical Continent between Europe and America and featured a well blended mix of classical music, jazzy moods and melodic roots played by a "powerful trio" line up. This title track - the opening one, too - is an instrumental piece, including a dramatic theme and some beautiful variations. 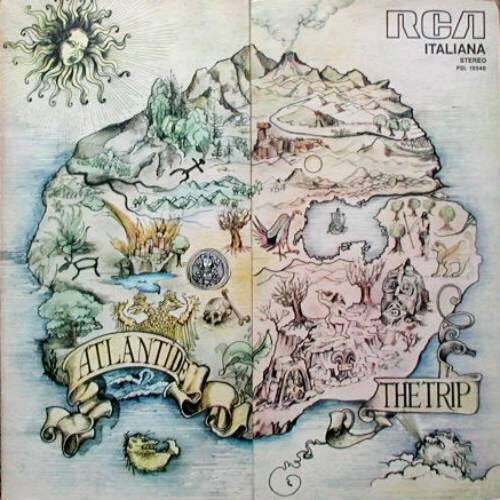 "Atlantide" featured an original gatefold cover. Here it is folded...


The first part of the song is rather classically inspired, with a leading piano and an ELP-influenced form. The second part develops the theme in an arcane, choral, very '70s style, a deep and even disquieting section. So, this isn't a mannerist composition, a mere display of technical skills: it's an engaging, rather dark track, affecting the listener's soul in a quite peculiar way.
Pubblicato da Domenico D'Alessandro a 09:26

Email ThisBlogThis!Share to TwitterShare to FacebookShare to Pinterest
Etichette: 1972, 70s, Italy, The Trip