Here you are a traditionally built up prog rock, with a bonus Medieval scent. It's a rather long track (more than eleven minutes), taken from the French band's debut album called "La Citadelle". It all starts with a plain sung theme and some electric guitar riffs, then the track develops in a more interesting and adventurous rhapsody, featuring clever tempo changes and long instrumental sections, where Patrick Jobard's extra-prog dreaming guitar and a profusion of keyboard effects provided by Christophe Houssin draw the crowded underground world of a wretches' refuge. 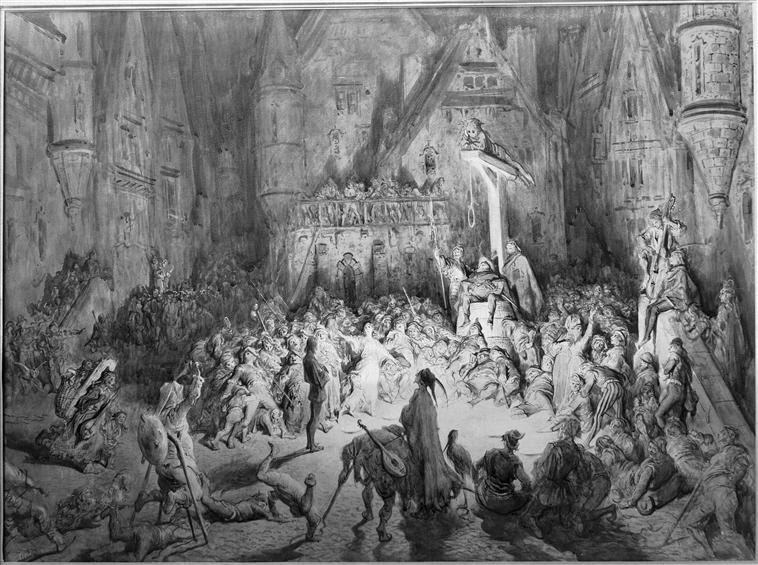 A Gustave Doré's drawing representing a court of the miracles.


It's the so called "court of miracles" the title suggests, probably under the influence of Victor Hugo's novel Notre-Dame de Paris. Philippe Ladousse's strong and pure voice finishes this charming picture, so full of feeling and invention that I surely rercommend to all the prog fans out there.
Pubblicato da Domenico D'Alessandro a 15:46