You'll find more about Cyrille Verdeaux and his musical creature Clearlight elsewhere in my blog. Suffice to say here that this talented keyboardist and composer came back in 2003 with another spiritual and symphonic work full of magic and involving a dozen musicians. I know I should consider the whole album as a single suite divided into six movements, but I think some of them are stand alone tracks, especially this fourth one. 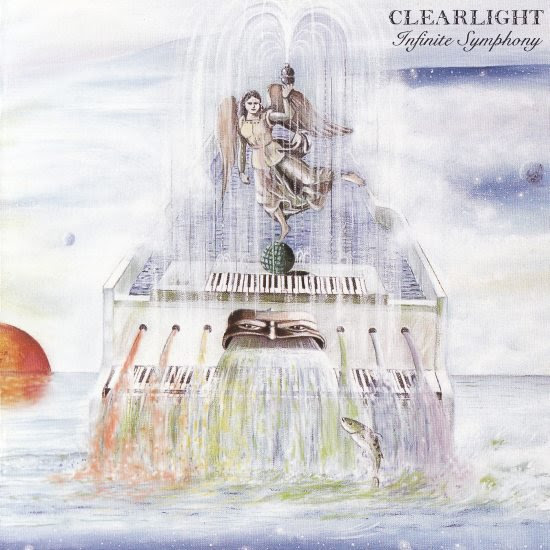 "Infinite Symphony" was the eighth studio album by Clearlight.

The concept of "Infinite Symphony" is based on Indian religions and links this work to other compositions by Verdeaux. But don't worry: "Movement IV" isn't a new age track, just inteded for relaxation and spiritual isolation. This is a solid progressive composition, where a variety of instruments and themes build up an epic mood where the piano, the winds and the electric violin (played by Trevor Lloyd) play a leading role. I feel an inner energy in this music and I appreciate the open minded arrangements of such a flushing instrumental. Definitely, Clearlight are hard to die.
Pubblicato da Domenico D'Alessandro a 09:22