This band was the brain child of Lithuanian composer Giedrius Kuprevicius and their music always switched from electronic disco-pop and relaxing melodic instrumentals,like this one. "И светлый же этот день" (meaning "Bright Like The Day"), coming from the album "Šviesa" (in English, "The Light") actually reminds me of an ambient song, but its melodic structure is far better developed and far lesser intricated. 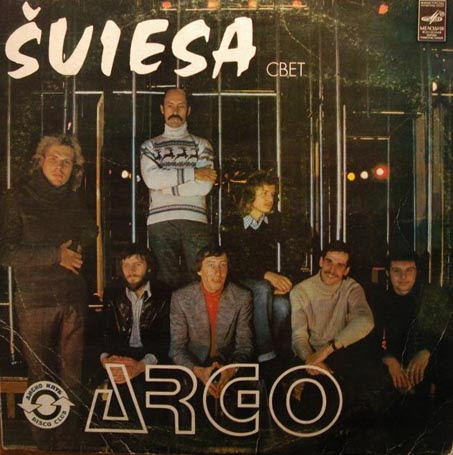 "Šviesa" was the second studio album by Argo.
This song could also be compared with early '70s space rock, but, of course, if we had to find rock elements here, that could only be on the its (very) soft side. Be as it may, I think this song has its own charm and a dreamy, visionary texture I like very much. Apart from Kuprevicius' keyboards, the bass guitars and the electric guitar create an inner world and a vaguely lysergic mood that I rarely found in a 1980 release.
Pubblicato da Domenico D'Alessandro a 17:30