If you like guitar driven tracks, this one's for you. It's a 9 minutes track divided in two parts, coming from Stolte's third solo album, called "The Flower King", announcing in its title (and in some of the musicians involved) the forthcoming band of The Flower Kings. In this instrumental piece, Roine Stolt shows up all his skills, building up an intense and diverse track, where he explores all sides of melodic electric guitar, with his own style and also paying his respect to such masters as Steve Hackett, Steve Howe and David Gilmour. 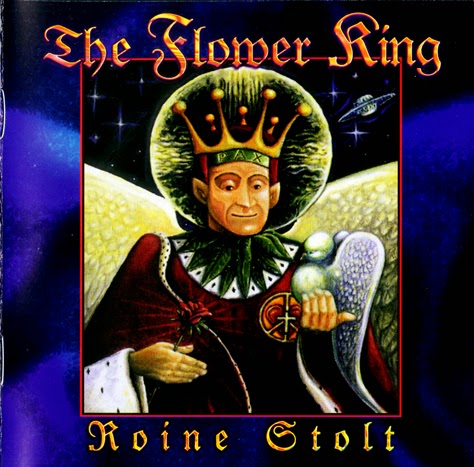 This solo project virtually started up The Flower King's career.


The main theme of "The Pilgrims Inn" is very well found and I like all its variations, let alone the excellent additional melodies. Keyboards, also played by Stolte, and Ulf Wallander's sax add an atmospheric touch to the song, that I parcularly appreciate, but always changing tempos and moods turn away all risks of humdrum. Definitely one of Roine Stolt's best things I've ever listened to.
Pubblicato da Domenico D'Alessandro a 09:07