I'm fond of the darker and nocturnal side of this Polish band, I think they have the right touch when it comes to explore our common inner fears and hidden feelings. This is exactly the case with the long and hypnotic "The Same River", taken from the album "Out of Myself" (2004) but originally issued in a 2003 promo, published in 300 copies, their first ever release. All guitars and drums are in the spotlight, while keyboards provide a light background and surface now and they with beautiful sour sonds. 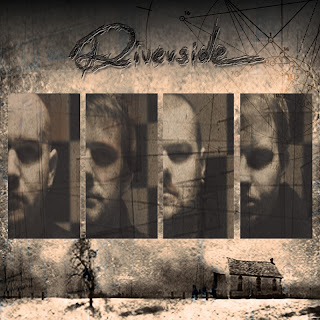 This is where all began for Riverside.
A promo released at their own cost in 2003.


The vocals come in in the second part of the track, adding their own contribution to the oppressive mood of the song. This section, with its bass guitar à la Roger Waters is really good, but I like even more the next one, beginning with a chorus variation in a lower volume and leading to the beautiful final guitar solo. In short, a well composed and richly arranged song, with several different moments and moods, mostly dark but with some brighter and peaceful passages too. A perfect specimen of modern prog rock and a great outset for Riverside career.
Pubblicato da Domenico D'Alessandro a 10:33