Supertramp decided to close their 1977 album "Even in The Quietest Moments..." with this epic track and they did very well, IMHO. This is not only one of their best compositions, but it'a also an unpredictable, rich and well structured progressive rhapsody. The main instrumental theme and its two variations (let's say the slow melancholy one and the fast pop-rock one) are simply stunning and the sung theme is also very good, let alone the final sung version of the instrumental theme. A series of interludes (including some wonderful sax from John Halliwell) act as connections between those moments and enrich the whole lot. 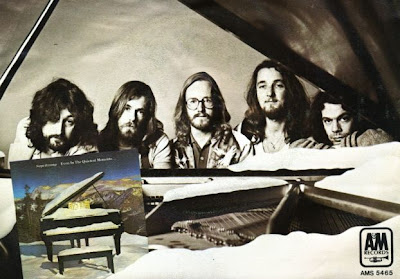 
I also like the sound samples, some of them are really unpredictable for a rock song, i.e. Sir Winston Churchill's House of Commons speech. After all, the lyrics exploit the opposite approaches of Churchill and Chamberlain on British implication in WWII to come to a final question about each man's destiny: What will be your last contribution? Roger Hodgson asks. Whatever the meaning, this is one of the finest examples of the so called pop-rock wing of progressive movement, an enjoyable but never trivial piece of music.
Pubblicato da Domenico D'Alessandro a 10:43