I have no doubt: "Heavy Horses" is one of the best songs by Jethro Tull. Its delicate intro and the following, beautiful Renaissance style verse, the rockier chorus... all is admirable IMHO. It's the title track of the Tull's 1978 album, lasting almost 9 minutes and strongly progressive in its structure and in its sound. The orchestra adds kind of an old fashioned scent, but never disturbs the grace and the folk oriented atmosphere of this track. 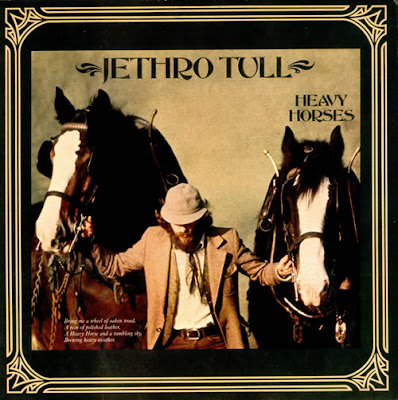 
It is important to say that the live performances of "Heavy Horses", in spite of the lack of orchestra, are as good as the studio version, proving the merits of Ian Anderson's composition. This song also features Darryl Way's violin (do you remember him? He's a founding member of Curved Air), a further folky touch. I like the lyrics too, celebrating the horses, whose role in the English fields was declining in favour of the machines. One of the several tributes of the band to our friends of old, the animals.
Pubblicato da Domenico D'Alessandro a 23:23