When the album "Going for The One" was released, back in 1977, many Yes fans were expectant for the line-up changes and especially for Rick Wakeman's coming back.  And they were fulfilled when they listend to this "Turn of The Century" (let alone "Awaken"), a typical Yes song with a rarefied atmosphere powered by Wakeman's  experience and improved knowledge in electronic keys. Jon Anderson's voice shines like a diamond over this crystalline ground, relieved here and there by Steve Howe's guitar. Even if this is essentially a down tempo song, the rythm section never takes a rest, as usual with Yes and every single beat comes like a surprise. 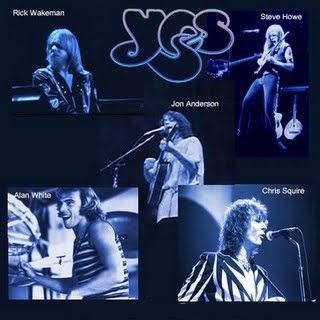 
The music is so beautiful that you could underestimate the lyrics of this track, but I'd like to add something about that. Facing so much incomprehensible Jon Anderson's lyrics, one could imagine this strange love story including stone and clay shaping, sleepless nights and illness belongs to the same category. Well, it doesn't: the song is actually inspired by the famous painter Marc Chagall's own relationship with his wife, suffering the lack of attention of an husband completely absorbed by his artistic work, so that she eventually got ill and died. A further emotion source when listening to "Turn of The Century".
Pubblicato da Domenico D'Alessandro a 12:44