This is not just a song, this is a myth and a gateway open to the prog rock era by one of the most underrated bands ever. It is diffucult to say how much this track influenced the end of sixties music world, but any time I listen to it, I can't help getting more and more convinced this was a real turning point in rock history. I know, other artists tried a successful combination of pop-rock and classical patterns ("Eleanor Rigby" is there to prove what I'm saying), but here the fusion is perfect and you can't tell what's rock and what's not: it's a seamless single piece of art, not a pop song with orchestral arrangements. 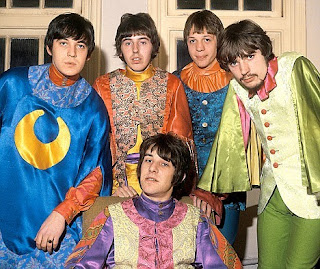 
Furthermore, this blending contains traces of r'n'b and psychedelia, so that one could say this was the mirror of its season and its worldwide huge success certainly inspired many artits to follow this path and to build up a new, hybrid idea of rock'n'roll. In short, progressive rock was born. Even the metaphysical lyrics announce a new trend others will make the most of, but Procol Harum were there first... and that's saying something.
Pubblicato da Domenico D'Alessandro a 11:53