This track, "Celebration" in its English version, is a manifesto of the so-called "Italian Progressive rock", one of the most known songs of that early period, when Italy created its own interpretation of the new British genre. This is taken from the first PFM's album, "Storia di un minuto" while the English version graces the 1973 international release "Photos of Ghosts". Apart from four lines, sung with a choral arrangement, the track is mostly instrumental and definitely up-tempo. 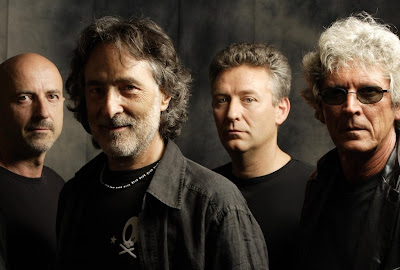 
The keyboards an guitars phrasing drives an uproarious rythm not far from a mediterranean dance, in two crescendos separated by the calm sung section. I reckon it's impossible to stay still when listening to this track, a burst of energy and progressive glory. For those loving "Celebration": please note that the recent Esoteric Recordings "The World Became The World" reissue also features an until then unreleased single edit of the song.
Pubblicato da Domenico D'Alessandro a 16:56