Queen aren't exactly prog rock knights, are they? Even so, they were strongly influenced by prog and one of their most known and loved songs, "Bohemian Rhapsody", bears all the marks of our genre. Deliciously varied and complicated, plainly classical and still so deeply rock, this is a song to fall in love with. And so many fell that it sold millions as a single and definitely improved the commercial success of the album "A Night at The Opera". Being a rhapsody, the track includes several disparate sections, suach as a piano and voice intro, an Opera section, a hard rock passage, an impressive wall of sound and also a famous electric guitar solo by Brian May. The choral arrangements are one of the finest features of "Bohemian Rhapsody", with the strong Freddy Mercury's voice supported by the rest of the band performing in a falsetto register. 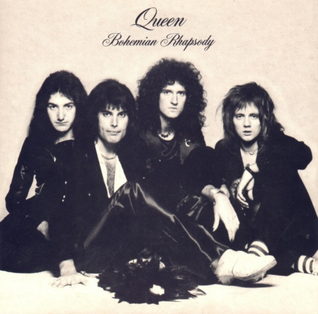 This was the original UK single cover of the song.


Mercury is also the credited author of both music and lyrics and also his words are a collection of literary and musical quotes: you'll find the likes of Scaramouche, Galileo, and even the devil Beelzebub from the Bible and the first word from the Qur'an. Is such a mess, some critics find deep meanings about life in general and Freddy's childhood in particular. I think most of the words are there just for their evocative sound, and anyway the author never explained his song. What really matters to me is the devastating emotion I get each time I listen to this track.
Pubblicato da Domenico D'Alessandro a 17:08