Klaus Shulze's manifold musical career also includes the live album "Rheingold", entirely made of previously unreleased tracks performed in Lereley during the "Night of The Prog III" festival, with guest singer Lisa Gerrald of Dead Can Dance fame. The very location of this concert is related to the heroes of the epic poem usually called "The Song of The Nibelungs" (or "Nibelungenlied"). This long track, for example, is dedicated to Alberich, the dwarf guardian of the Nibelung's treasure. Instead of his well known obsessive sequenced keyboards, here Shulze prefers (at least in the first section) a dark and spacey atmosphere where Gerrard's extraordinary voice draws striking landscapes and arcane vocalisms. 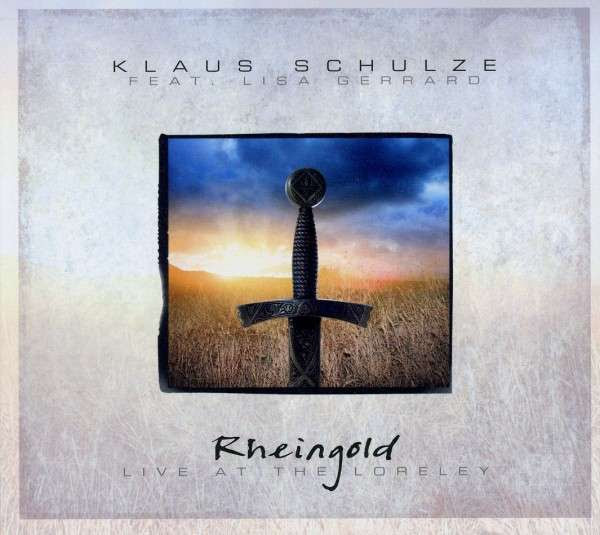 This breathtaking concert was released as a double CD and as a duble DVD.﻿


As always with Mr. Shulze, this is not an easily enjoyable track, it's an absorbing trip through the weirdest and most charming musical worlds, the same lands Richard Wagner explored in his romantic days.. And if you come across a god or a dwarf or even Siegfried and his dragon, well, don't be surprised: this is another Klaus Shulze's trick!
Pubblicato da Domenico D'Alessandro a 17:29