You'll find one album, just the one called "Symphinity", in this Australian band from the '70s, but in fact they were kind of a reincarnation of Sebastian Hardie, likely the most celebrated prog band in their Country (and also represented in this little blog). This track shows how much those musicians were influenced by contemporary UK bands, especially Camel, I daresay. 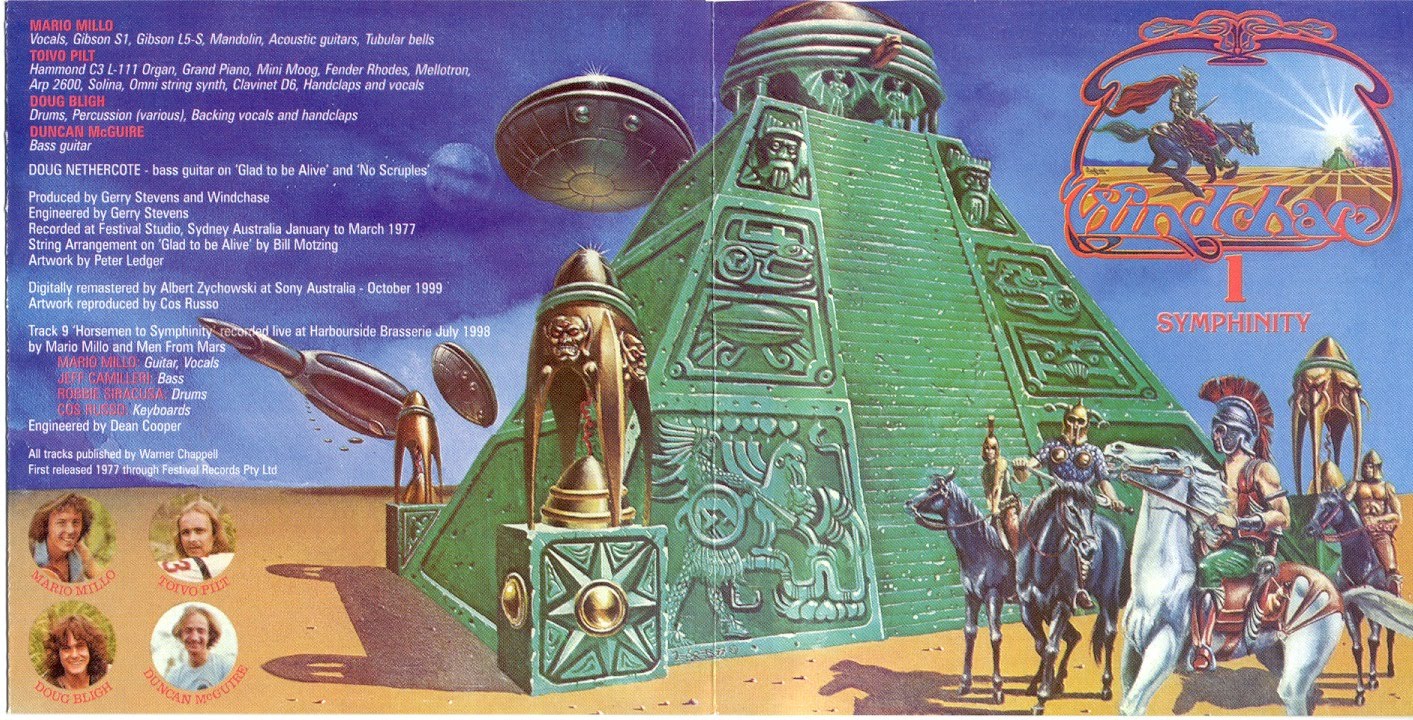 Pyramids, UFOs, ancient warriors... what else?
But you'll also find many original features, especially when Mario Millo's guitar comes in. There's a long and beautiful electric guitar solo in this song I can only admire. And the final part of this performance has a bonus gem: the bass / guitar interplay. Actually this is a perfect example of creative, free, enjoyable progressive rock, coming from the years where it was really difficult to get noticed... but those guys surely did so and they still stand among the most beautiful pearls of the Southern Emisphere.
Pubblicato da Domenico D'Alessandro a 22:30