As you probably know if you come and read my blog from time to time, I'm partial to French Canadian prog rock, especially if it comes from the Seventies. I like the folk elements those bands used to add to their compositions and when those elements are cleverly mixed with fully prog and even symphonic rock, I'm perfectly happy. This is the case with Connivence's self-titled debut album and especially with this beautiful instrumental track, called "Lapin" ("Rabbit" in English). It's a lively and diversified piece of prog, with an irregular rythmic plot and some well found returning melodies. 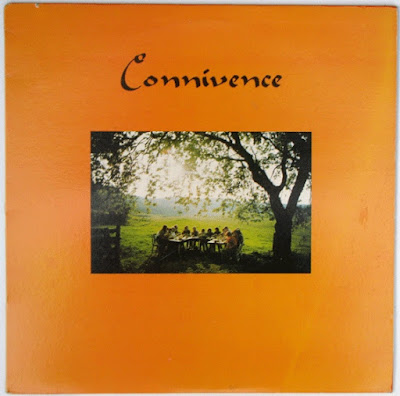 Three albums were released between 1977 and 1984
and credited to the collective name "Connivence".


But there is more: Connivence was not a proper band, it was more like a shared project set up by many artists living in the same area. So, "Lapin" strictly belongs to a band called Oasis, but in the spirit of this shared record it was graced by a wider collaboration. For its rich and enthralling pattern, this song closed the album with a joyful touch.
Pubblicato da Domenico D'Alessandro a 17:56