Gazpacho are a very eclectic band, whose solutions mid way between pop and prog are usually pleasant and in a rapid evolution during their career. This is the opening track of their “Tick Tock” album and I like the way they put together two very different ideas. The first one is a fast tempo, bombastic song, strongly influenced by Muse and the so called operatic rock, featuring a very good melody and an impressive wall of sound. 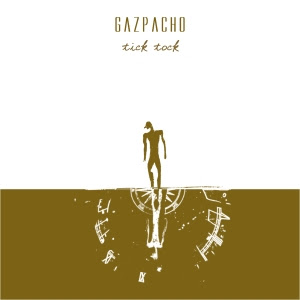 
Then, the mood changes and you’re in a gloomy, dramatic, almost instrumental music with a scent of Asian ethnic sound, slowly growing up both in tempo and volume, but with a moving acoustic finale. So, even if they quote some contemporary models, Gazpacho build up a very original piece of music, unpredictable and striking, something you can easily call prog rock. And, what’s more, something emotional.
Pubblicato da Domenico D'Alessandro a 18:37