I still remember people laughing at me when I bought Wakeman's "1984" album and declared I loved it. Well, I still think so and the "Overture" track is one of my favourite tracks in it. It is pure fun, full of keyboard progressions and scales, enthralling jeegs, tempo changes and colourful chords. As usual, Rick overstates and he perfectly knows he's doing that. I can't help imagining him grinning and laughing while his fingers run over dozens of keys and switches.Laughing, yes, while the rest of the planet was listening to punk rock, new wave and dance music, he was keeping on his way and having the time of his life. 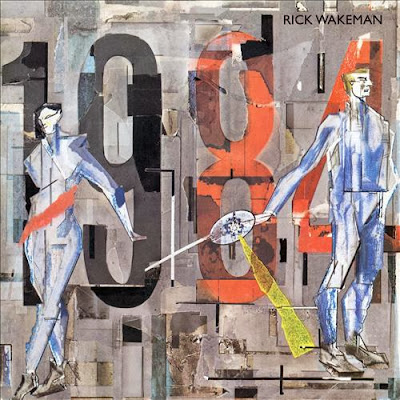 "1984" was originally released on Charisma label.
Well, this record has many more admirers today than in 1981 and its forthcoming remestered edition (I think it's the third one) will take on the shelves the places once filled with punk and new wave records. Congratulations, Rick.
Pubblicato da Domenico D'Alessandro a 16:14