The Court of The Crimson King (King Crimson, 1969)

This song from King Crimson's debut album is now considered a cornerstone of the progressive rock building, so it's difficult to write about it: all has been said, all has been stated. Nonetheless, as this masterpiece Always inspires me, I have to add it here. A Mellotron driven song, "The Court" also includes in its 9'25" of length two delicious instrumental passages, called "The Return of The Fire Witch" and "The Dance of The Puppets". 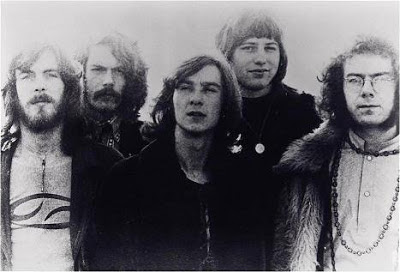 
The magniloquent intro of each verse and the choral arrangements of the chorus make a delectable contrast with the soft interludes ang give to this track its well known musical affluence. Pete Sinfield's lyrics describe a medieval realm suspended in an alarming balance between ceremonial etiquette and inner sorrow. For these reasons and many Others "The Court" is one of the finest pearls of early prog era and, I daresay, of the whole rock history.
Pubblicato da Domenico D'Alessandro a 10:18