Let me say first that an early version of this song was released by Steven Wilson and his Porcupine Tree in a limited edition demo cassette titled "Tarquin's Seaweed Farm" in 1989. But the 1991 version, taken from the band's first official album "On The Sunday of Life..." is kind of a new track, suffice to say that this new "Radioactive Toy" lasts more than 10 minutes, twice the 1989 song duration. It is an essential song in the long and difficult path leading to the prog rock revival of the '90s and I could define it so modern, so classic. 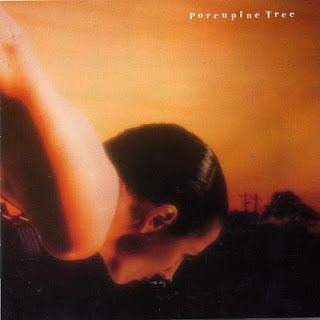 
There's a bit of everything inside it: the floydian rarefaction, the crimsonian stateliness, a good deal of electronics and even a scent of proto-prog years. Yet, if this song is considered the first thorough specimen of Porcupine Tree's sound, this is because you don't even notice the inspiration sources of the song, but you admire in it the coherence and the musical innovation. I equally like the first sung part of the track with its soft rythm and muffled vocals and the long, beautiful and unpredictable instrumental second section. When I listen to this track, I can't help thinking this was created one year before the first Radiohead record and twenty-two years after King Crimson's debut. Incredibly, both could have written it.
Pubblicato da Domenico D'Alessandro a 23:23