If ever Peter Gabriel wrote a progressive rock song, in a profound and not necessarily formal way, this is the one. Featuring a fluctuating wall of sound and dominated by the deep and hoarse voice of Peter, "Red Rain" (from the album "So") is an intense and surprising emotional trip. The sound is maniacally laboured and yet the first impact is that of a natural, spontaneous rock song, growing up in volume and poignancy until the first emotional pitch, then going by a pair of tempo changes up to the ending largo. The 2012 remaster of "So" magnify this musical abundance. 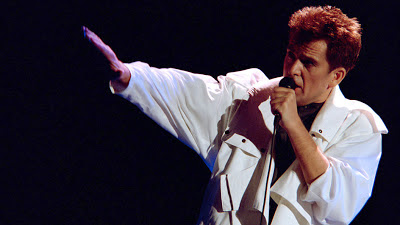 
Maybe for the first time from his Genesis years, Peter expresses the wide range of feelings of his voice, abandoning for a while any electro-rock and ethno-rock experimentations and coming back to his roots. Also the lyrics, related to a Peter's recurring dream, concur with their sanguine imagery to the strength of this track. I really think this is one of the most moving songs I've ever heard in Peter Gabriel's production. And that's saying something!
Pubblicato da Domenico D'Alessandro a 10:49