A very unusual and beautiful epic from The Tangent, the band including Parallel or 90 Degrees and Flower Kings members. It's a 16 minutes and 6 parts suite featuring experimental sections and also more traditional ones, coming from COMM, the group's sixth album. After many line-up changes, The Tangent still counts on Andy Tillson's keyboards and mind. 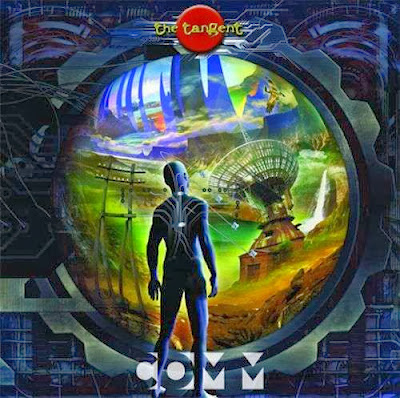 COMM is about communications in the modern era.


As the lyrics offer a short history of electromagnetic communications focusing on some famous cases (The Titanic shipwreck is one of them), the atmosphere changes from section to section: vintage sounds, especially committed to the winds, electronic effects, jazz-rock, ambient, heavy guitars and sweeter keys. These changes are unpredictable, the track sounds very original and all the musicians, as usual, play very well. But there's something more: emotions... and this isn't usual in such a tecnically gifted band, after all.
Pubblicato da Domenico D'Alessandro a 20:15