A dramatic track, "Dark Ages" is, with its freezing intro and its pessimistic lyrics about the future of  both Earth and humanity. A 9 minute epic about the deadly struggle between human greed and Nature, featuring in all "Stormwatch" album songs. But if many prefer the shorter ballads from this album, I better like this track. Maybe because the song is definitely prog, stretched and rather elaborated, with all instruments engaged in the musical description of human senselessness. 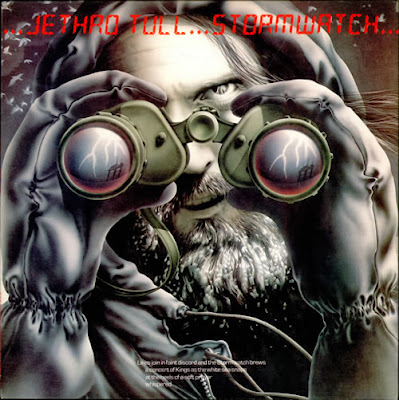 
The instrumental interplays involving keyboards and guitars are impressive and Ian's vocal performance is strong and rugged. A tough and never boring track, including softer and arcane interludes and sudden tempo changes. The gloomy mood of "Dark Ages" isn't the one you'd expect in a moonless night... it's more like the sharp darkening preceding a storm. A good, deeply emotional song, IMHO.
Pubblicato da Domenico D'Alessandro a 11:49