Can a song be both typically '80s and undoubtedly prog? Many tried, Rush succeded with "The Big Money", the opening track and first single of their album "Power Windows", released in 1985. The arena rock style electric guitars, the pulsing bass and some synth effects are certainly the sons of their decade, but the creative drumming work, the intricate guitar / keys interplays, the bass line (with a taste of Yes) and the solos are the proggest thing you could imagine. 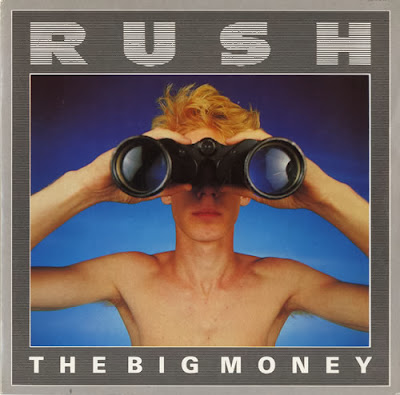 "The Big Money" single was released in october 1985.


The song plot is cleverly set up, with a strong guitar-driven intro, a tough vocal theme and the beautiful instrumental section, including some delicious tempo changes. The finale resumes the main vocal tune and treats the listener with some extra riffs. A well balanced piece of work in an album including many cold-hearted tracks, an enjoyable song, but not at all a plain melodic rock piece. Something to warm up a progger's dull day.
Pubblicato da Domenico D'Alessandro a 09:12