This Baltimore based musicians only released three good albums from 1993 to 1999, but they're still on the road. Their neo-prog is certainly influenced by the '80s UK bands, but also features an original sound, as "In The Eye" proves very well. The three parts of this mini-epic highlight the excellent guitar work by Dennis Mullin, as you can see in the first and heavier part "Look Us in The Eye". 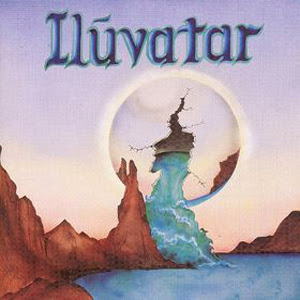 "Ilúvatar" was the band's debut album.


Also his interplays with Jim Rezek's keyboards are stunning, like in the "Blind" part. Then, I like Glenn McLaughlin's vocals, especially in the last section, called "Through The Eye", where I also smell a pleasant scent of Kansas. Throughout the suite, the rythm section ensures a definite rock soul to the track, even if drums are sometimes too loud, but this is just a matter of taste. In conclusion, this is a very good example of '90s prog with an open heavy inclination, without sacrificing the right amount of feeling.
Pubblicato da Domenico D'Alessandro a 10:39