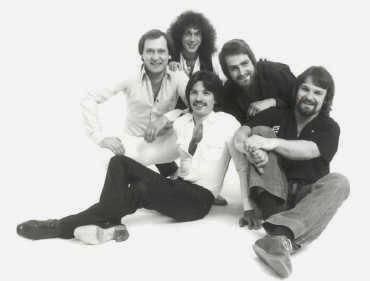 Novalis line-up in 1979.
This is, IMHO, the closer musical depiction of sea one could imagine. Fluid, shifting, but also calm and majestic, this song rolls by like an ocean of sound, with its Gilmour-like guitars and its suspended and dreaming keyboards. The short sung section is a very German one, with a measured and almost martial melody, sung with a slow-motion effect. I really like to listen to this song with eyes closed and open mind.
Pubblicato da Domenico D'Alessandro a 09:41