Here's another song presented by Roberto Rizzi, excellent as usual... both the track and the reviewer, I mean. Enjoy.


Today I want to introduce a track I discovered when I was nineteen years old: “Moon In June”. This very long song is included in the Soft Machine album “Third”, but it was composed and played by the drummer and singer of the group, Robert Wyatt. “Moon In June” is a song totally different from the other ones included in this album. Soft Machine was a prog-jazz group and that's why “Moon In June” seems to be an intruder. And it is! Wyatt composed a song that it is difficult to classify. 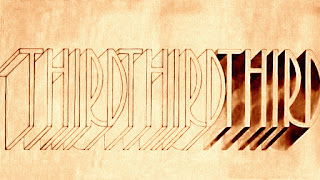 First of all, “Moon In June” starts with a deep piano note and a  Hammond organ on which the ethereal Wyatt voice sings in a kind way. The second part is a strange and rythmical swing, where Wyatt sings “[...]living is easy here in New York State […] and I wish that I were home again”. The third part is similar to the first, but it is a little bit distressing, thanks to the peculiar use of the sharp notes. The last part of the songs is closer to the Soft Machine style. Wyatt composed a 4/4 rythm, played in a jazzy way. The organ,  played I think by Mike Rutledge, concludes the song with a solo. An interesting thing is that Wyatt was a jazz-rock drummer, but in this song he chooses to use the drums in background, emphasizing them when the song needs that. This song transcends the concept of “song”. It is something more... that's magic. A kind of magic that was born from the delicate soul of Robert Wyatt.
Roberto Rizzi﻿
Pubblicato da Domenico D'Alessandro a 17:14