One of the most controversial tracks in the whole rock history. Some say it's the prog masterpiece, some say it's just a pretentious, messy essay and not even prog at all. Really, I'll let the critics debate this topic, but there is an ascertained point: this suite is unique in its genre and still popular today. Oldfield's attempts to take advantage of this record for a series of sequels ("The Orchestral Tubular Bells", "Tubular Bells 2", "Tubular Bells 3"," The Millenium Bell", "Tubular Bells Remix", "Tubular Bells Re-recorded"...) annoyed many listeners, even so the original record is IMHO one of the finest fruits of its decade. 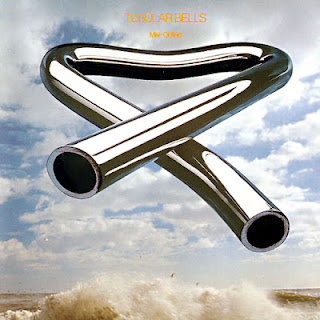 
Not only the arrangements are amazing, but also the themes are well found and their rising succession still produces in me a growing feeling of expectation and wonder, reaching its climax when the bells finally ring. Another winning point is in all thos varied moods, from nostalgy to anger and from contry stillness to mystic tension. Strange? Pretentious? Who cares... I like it.
Pubblicato da Domenico D'Alessandro a 13:05