Following the planetary success of the album "Oxygène", Jarre released "Equinoxe" two years later and also gained a huge international acclaim. This LP described a day in the life of the industrial world based humans and the two sides of the original vinyl had the same duration time, so that the chosen day had to be an equinox (we still don't know if it is a spring or an autumn one...). 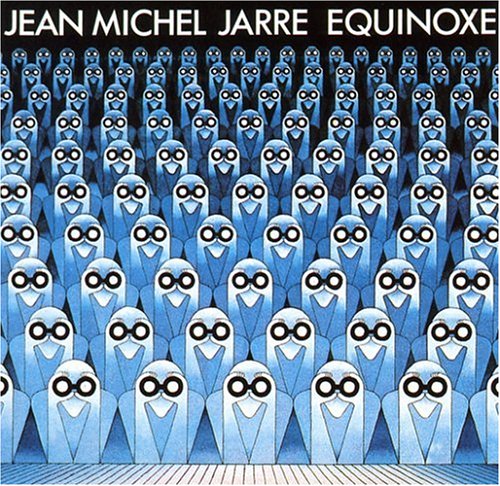 As for "Oxygène", Michel Granger signed the album cover art.
That said, this third part of Jarre's work should describe the busy morning, and it actually has a fast tempo and hypnotic rythm. When the main theme comes in, it sounds like a hundred typing machines or a downtown bus queue, still it is so well found and so well placed that one loves even the rush hour. Then here you are a hard electronic passage, kind of a robot dance, followed by the theme reprise. An exciting track, IMHO, full of daily echoes and memorable sounds. Enjoy.
Pubblicato da Domenico D'Alessandro a 10:33