Ariel were active between 1973 and 1977 and icluded Mike Rudd and Bill Putt, both of Spectrum fame (please read somehting about them elsewhere in this blog), and two of the best known musicians of the Australian scene, even if Rudd was actually born in New Zealand.  Among this track's best features you'll find an excellent bass line by Putt, two beautiful guitar solos by Tim Gaze - former a member of Tamam Shud - and a stunning vocal performance by Rudd. 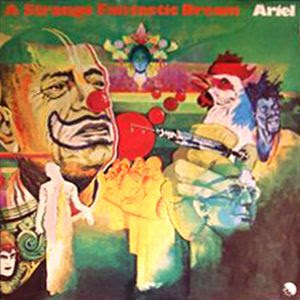 
The track also includes a well found main theme and a series of tempo changes I appreciate very much, along with that peculiar mix of traditional melody and rock arrangements marking the entire Australian prog during the Seventies. "Garden of Frenzied Cortinas" is the longest track from the album "A Strange Fantastic Dream" and also the best one, IMHO, showing the great potential of Ariel, a potential barely exploited during their career.
Pubblicato da Domenico D'Alessandro a 13:35