This is the only track included in Pesniary's album bearing the same title and released in 1979. This Byelorussian band is responsible for several long suites based on local legends and poems and featuring music by contemporary composers from the Soviet Union. This track is divided into twelve sections and has a strong folk flavour, but also a recognizable symphonic plot. 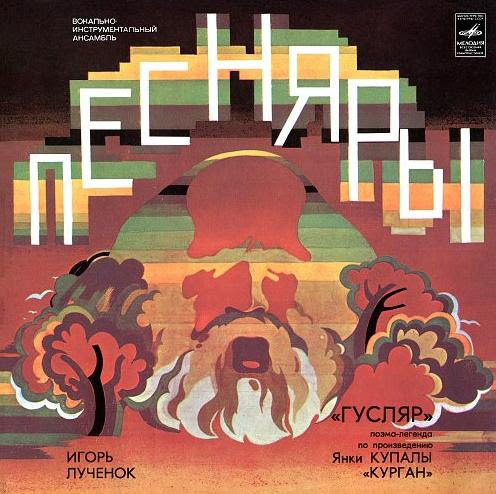 The 1979  LP release on Melodiya label. You'll also find a
2000 CD re-release by Boheme Music.
The tempos follow one another with the most enjoyable variety and the vocal harmonies (a Pesniary's well known trademark) are simply impressive. Of course, the classical infuence is everywhere, but "Gusliar" is never too grandiloquent and has many intimate passages. If you like an unclassifiable kind of music and the orchestra / band interplays, this one is for you.
Pubblicato da Domenico D'Alessandro a 12:08