Here's an unusual way to conceive rock, an open-minded, border-free, well thought out way. In a word, the most prog approach to music. The Austin-based Aaron Clift Experiment (you'll find more reviews about them in my blog) are an eclectic and creative ensemble formed by Mr. Clift himself, always attracted to experimentation, but never hermetic or puzzling. They like good music and they like to communicate their emotions via their songs, something I highly appreciate. Last but not least, they're very skilled performers, which one shouldn't take for granted. 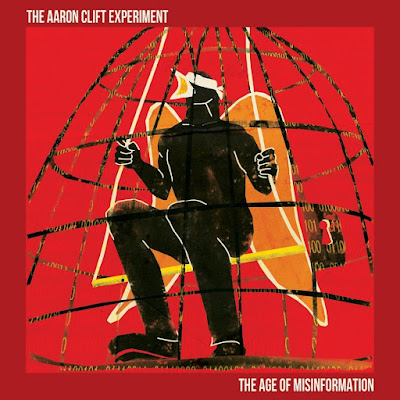 Fumihito Sugawara is responsible for this beauticul cover art.
This track is taken by their (forthcoming, when I write this review) 2023 "The Age of Misinformation" album and features the Big Wy's Brass Band, a wonderful addition to the band's line up. It's a jazzy, even soul prog rock, displaying a well written main theme and a beautiful instrumental bridge, including a sax solo followed by an enthralling jazz rock instrumental section, and ending with an excellent drum tour de force. The swinging finale is another highlight of "Bet on Zero" and I bet you'll like the whole song (and the whole album, as a matter of fact).
Pubblicato da Domenico D'Alessandro a 10:53