These musicians come from South Africa and this is maybe their proggest track, a 14 minutes song deeply influenced (IMHO) by Animals-era Pink Floyd and some pastoral British bands. Guitarist duo Steve Linnegar and Martin Kopelowitz  founded this band in Cape Town and recorded theirt first album between South Africa and London. I do think this is a fascinating and enjoyable composition, featuring atmospheric passages and beautiful tempo changes, even if I read many ungenerous reviews about this track and "Classic Epics" album, labelled as a derivative and "less than average prog pop" release. 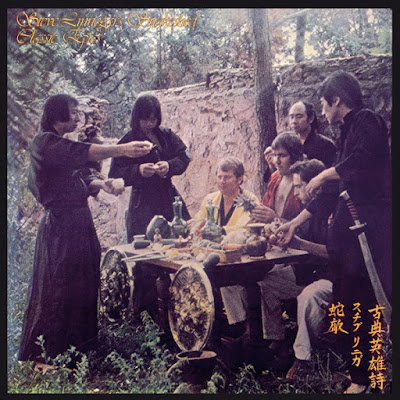 
Likely because of my musical ignorance, I confess that I enjoyed "Desert" very much, and I still listen to it from time to time. What I especially like here is the open minded approach of the band, melting so many different styles in one coherent song, with a liquid and warm texture where prog meets soul. I'd like to know my progfriends' opinion about this old piece of music.
Pubblicato da Domenico D'Alessandro a 09:45