I like this track so much. It's a four part suite lasting some nine minutes and they all are minutes of chilling out delight. The first movement, called "I Wanna Learn" is an acoustic composition, driven by gentle guitars, a mandolin and, of course, Jon's vocals. The second section is titled "She Gives me Love" and continues on a more lively rythm the same acoustic and vaguely folk mood, giving this time more place to Wakeman's keys (a profusion of keys, to say the truth, but all very gentle). 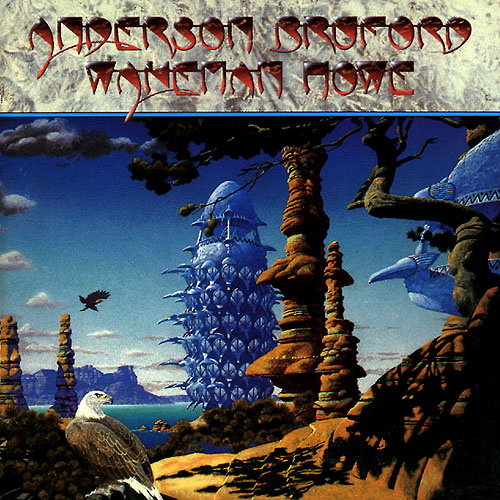 The only ABWH studio album is now considered as a classic one.
﻿
The third part is "Who Was The First", it's only slightly different from the previous one, and also resumes the first section main theme adding a choral arrangement a some Renaissance era touches. The last section, "I'm Alive", is simply heartbreaking, with its well found melody, its brilliant arrangement and an outstanding vocal interpretation. Finally, this is one of the finest examples of mainly acoustic prog rock and a convincing proof of those four musicians' talent both in songwriting and performing. And YES, they were great even without Squire's devilish bass guitar.
Pubblicato da Domenico D'Alessandro a 16:06